How can sailors pass half a month stuck in their homes? At Jerome’s urging, we set out to cross the virtual Atlantic in “Sailaway – The Sailing Simulator”

The game runs 24/7 – so when you’re awake and your computer is on, you can trim your sails and watch the weather. But when you’re busy, out or asleep, you must rely on careful planning and a very rudimentary autopilot if you don’t want to fall behind!

After a number of two-day practice races, Gary, Henry, Jerome, Joe, Mike, Peter and Tracey all set off from Birmore Island, Ireland, to Gull Island, Newfoundland at 8pm on the 21st April.

The group had chosen to use everyday 38-foot pleasure cruisers for the race rather than high performance racing yachts. These do around 6kts in average conditions, and can edge up against 9kts in extreme conditions, so 1660 NM was going to be a long sail. 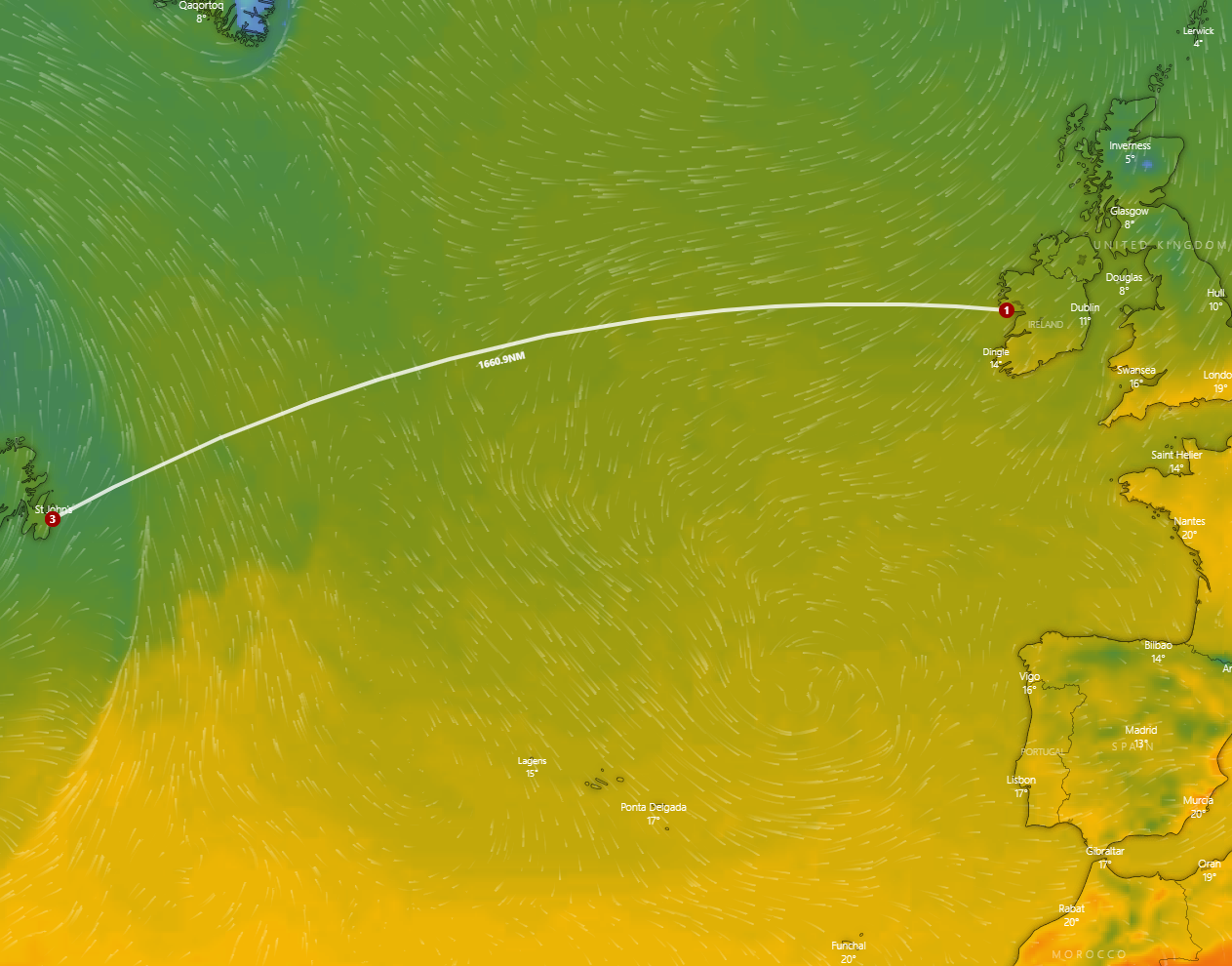 A first few days on a gentle run saw the fleet diverge, perhaps due to differing interpretations of the need to navigate a great circle. Jerome, Tracey and Henry took a more starboard course, and the flotilla were spread over 50 miles just a few days into the race. 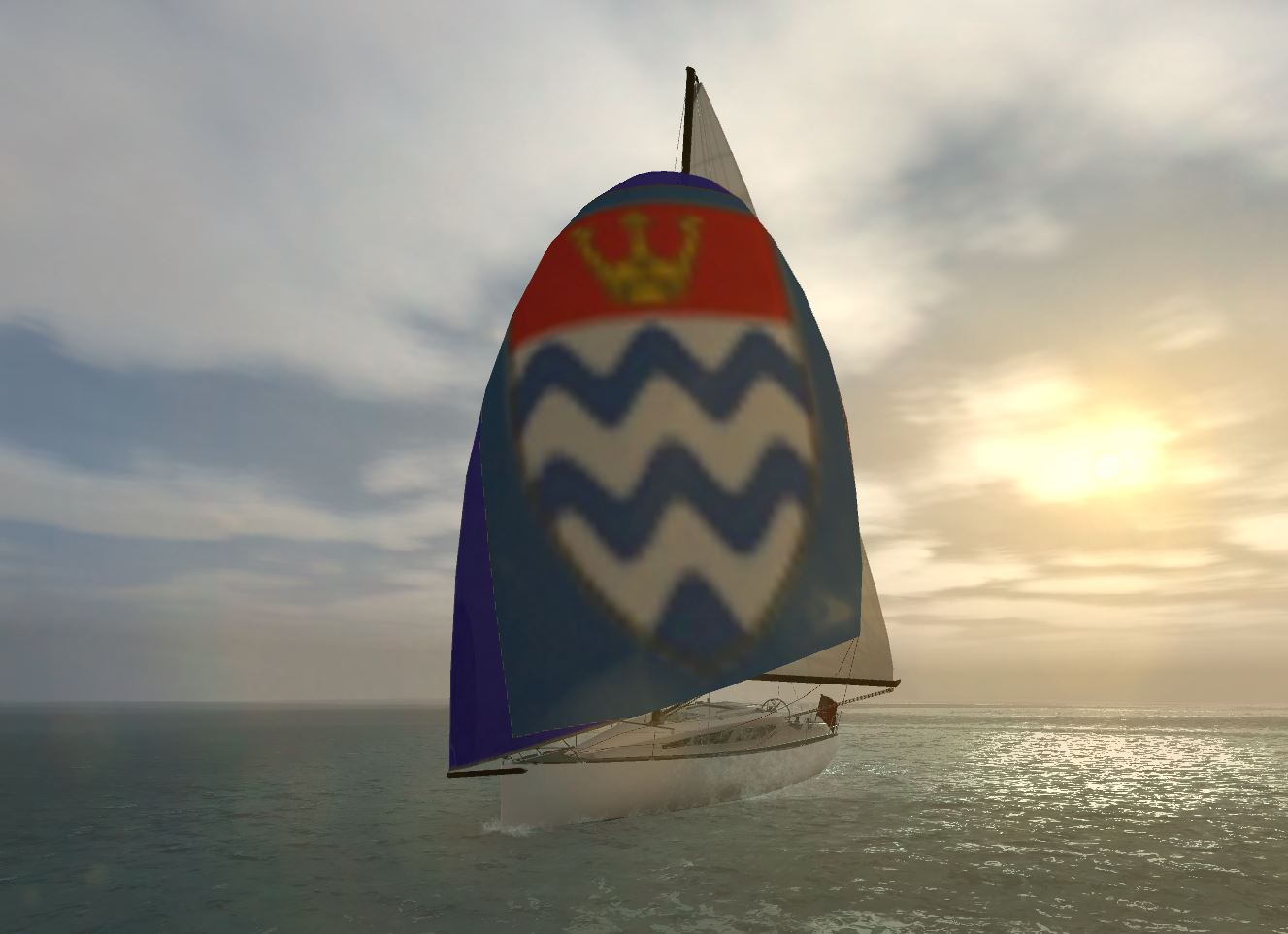 Very little progress was made over the weekend of the 25th, as the tailwind dropped off to almost nothing for two days. During this still patch, Tracey led, with Jerome hot on her heels.

The following week was dominated by what the RO alphabetically designated “Storm Emma”, and by April 27th the wind was picking up fast. The fleet navigated past the eye of the storm the following evening, with Jerome and Tracey now well in the lead. 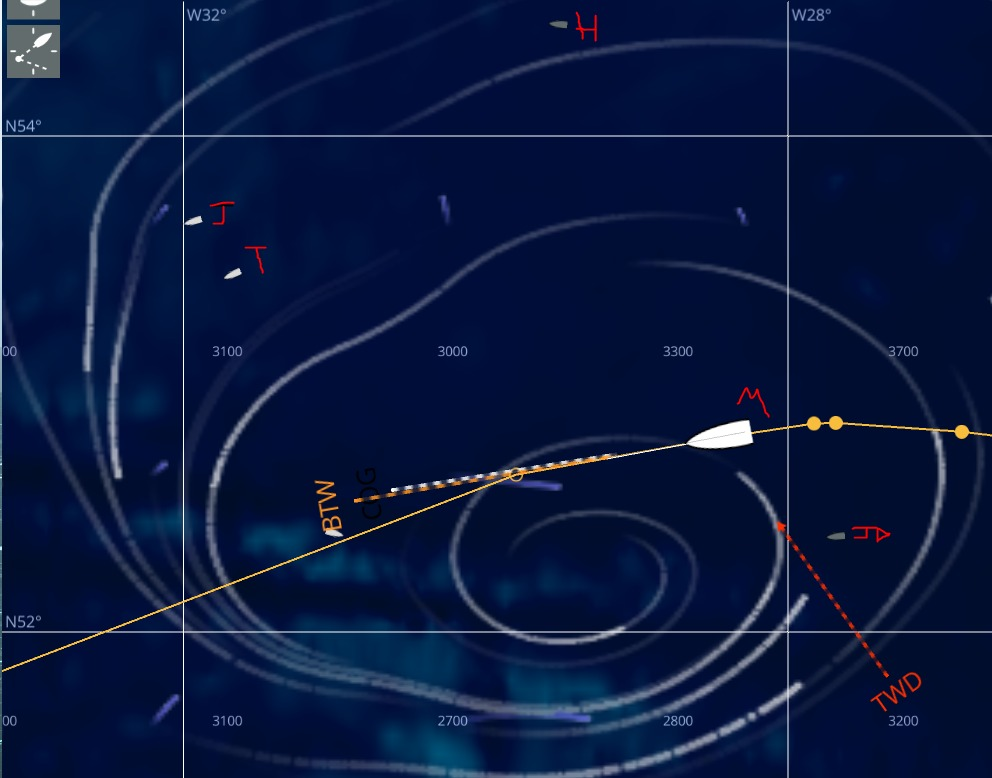 By the 30th, the fleet had crossed the mid-Atlantic trench. Winds coming out of the back of the storm gusted up to gale force at times, and a lot of the second half of the race was sailed very heavily reefed. 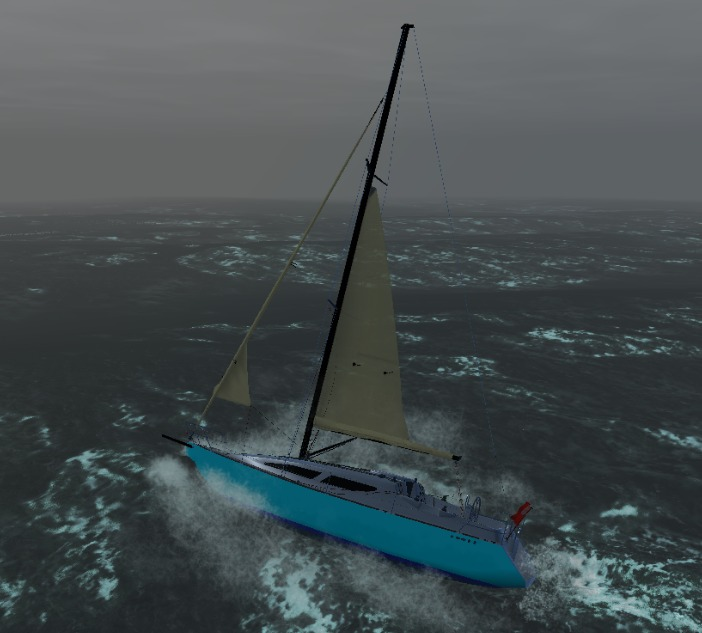 Two more oncoming storms dominated the final part of the race, in particular “Gale Renato”, which Jerome rode to the shore of Newfoundland on the morning of the 4th May, followed by Tracey that evening. Mike and Peter suffered from falling wind and made it in early the following morning, followed by the rest of the fleet.

The race is technically a time-trial, measured from the instant each vessel sets off. A fully automated ‘drone boat’ also competed as a pace setter… but winner Jerome even managed to outperform it by two hours, suggesting good tactics as well as diligent sail-setting.

South Bank eSailing Club will continue to compete in online races – but probably shorter ones!